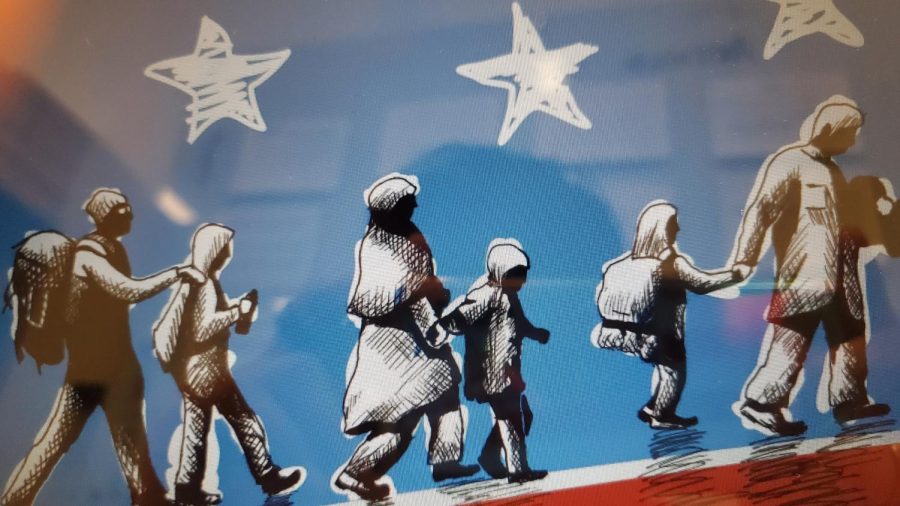 Years back, during the Obama and Trump Presidencies, (ICE) was seen as the “captor and deported” of immigrants.  However, really, ICE can be helpful.

According to “Annex: Countries by immigrant population”, around the world, millions of people immigrate to other countries in order to have a better life. In the United States, about 38.5 million people have emigrated in 2020. Many of these people leave their countries because they are threatened with death. For this reason, there is ICE that tries to help people who have to go into the country for necessary reasons. ICE helps immigrants a lot, with housing, money and the papers they need to enter the United States.

“When I came to the United States I crossed the border on foot, yes it’s scary and everything but I had to come because in Honduras the Zetas had threatened me. Right now that I have been in the United States for 8 years, ICE has helped me a lot, and even more so now that I married your sister, I am very close to being able to have papers.” my sister’s husband said.

Just as some have the help of (ICE), others have the money and the luck of having good friends

“I brought my son when he was 16 years old; I brought him because in Guatemala where he lived there was a lot of Mara (bad people). As you already know that in Guatemala, he was another person because they were looking for me, but as I came to the United States with the help of ICE and a friend who worked in the FBI. It was the same with the help of my friend that I was able to bring my son and you cannot imagine how happy I was when my friend did everything for me and only charged me $5000 in cash,“ an anonymous friend said.

“I remember very well when my dad arrived in Guatemala and we went to get our passport, I never thought we were going to leave Guatemala faster than I thought. They accepted everything very quickly, they just asked us all a few questions at the same time and that same day they gave us everything. The next day they gave us our passports and that same day my father told all of us (my 3 brothers and me) that in 4 days we were going to come to the United States. It happened very quickly for me and to be honest I was a bit scared because of the plane, but when we were there, I remember very well that they gave us some headphones on the plane and I stole them. When I was getting off the plane and they told us that they were going to search us, I was very scared because I had the headphones from the plane that was going to steal me. In the end, I did take them home but it was a very funny experience. Finally we arrived safely and there was my mother waiting for us at the airport with a Welcome sign.”

Around the world more than 280.6 million people immigrate around the world, many of the people who try die trying, others succeed without problems. All borders are different, and not all countries welcome you well. The majority of immigrants or people, who seek a better life, prefer a thousand times to go to the United States than to any other country. This is because in the United States a hard-working person with a future in mind has a better chance of succeeding.