Do you prefer villains or heroes? 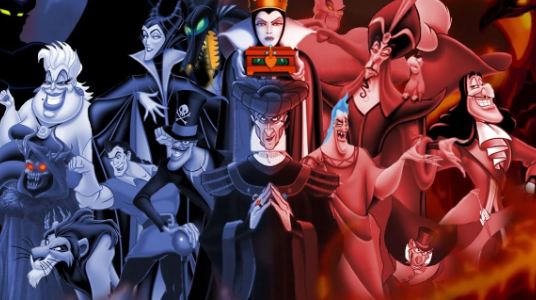 In October, a spooky month it was decided to investigate the topic of Villains in the Morton East High School.

Eventually, Villains are an important factor in a story or movie. Since the villains play important evil actions to the plot of the story. As well as their villains there are also heroes, these two types of characters help the people identified with them.The story of Cinderella is one of the most common to be known, as an orphan girl who is taken care of her stepmom once her dad dies. Throughout the story, the stepmom makes Cinderella’s life impossible by not treating her like she treats her daughters with luxury and the best. As the stepmom is the villain, a fairy lady is a hero in the story she helps Cinderella throughout to go to the dance and not stay home. Out of the 120-student survey, 66 percent of the students believed that they identified with a villain in a story.

“The only difference between a hero and the villain is that the villain chooses to use that power in a way that is selfish and hurts other people, that’s the reason I like the villains,” Rodrigo Reynaga currently a junior said.

What opinions did student has with heroes and villains?

Julian explained how she feels from both sides.

“I have always found villains more exciting than heroes. They had ambition, passion. They made the stories happen. Villains never fear death. No, they wrapped themselves in a death like suits of armor like heroes,” Jasmine Cervantes currently a sophomore said.

Villains make the story exciting and make you wonder what will happen to the main characters. As common on movies, novels, etc. We wait for the big moment where the villain and hero meet which makes it exciting to see what type of relationship they both have at the end of the story. Many students grew up watching Disney movies, which in them there’s always a hero and a villain and most of the Disney’s are enjoyable to see.

“I love Disney movies they have good villains and hero’s character’s that help make up the story”. Sayan Flores mentioned, currently a Junior.

There has been a lot of similar opinions regarding to villains.

“In a story, I have always preferred heroes since it’s an ordinary individual who finds the strength to persevere and endure in spite of overwhelming obstacles,” Mr. Hernandez Spanish teacher said.

People tend to prefer heroes since they are always the ones who make the happy end in stories.

“The hero sees values beyond what’s possible. That’s the nature of a hero makes the whole struggle of humanity worthwhile,” Mr.Gamboa the school principal said.